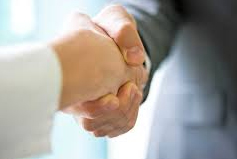 Formed by a group of professional engineers in 1999 and offering surveying services in the UAE by a different name which was then split and City Surveys was established separately in 2004 having business plan and principal activities centered on provision of surveying and engineering services to various consultants, Government Departments, Private Developers and Contractors.

However, like all businesses, city surveys saw a need to expand to the growth of demands of different forces within the market. As well as traditional surveying services such as topographic Surveys and photogrammetry, city Surveys provide a wide range of engineering services such as Feasibility Studies, Preliminary design, quantity Surveying, Marine Surveys.

Since its inception, City Surveys has developed into one of the Middle East most respected and frequently contracted surveying firms. Their Substantial Permanent staff of highly skilled, trained surveyors has allowed the company to shift its focus from UAE to the Middle East, Asia & Africa internationally, providing a service that is second to none. Clients of City Surveys range from Major Consultants, Contractors, infrastructure Developers and architects to a wide variety of businesses within the environmental and civil engineering sectors.

Home | About Us | Our Services | Our Projects | Online Inquiry | Contact Us

Web Site Design And Developed By